Why Cats and Kittens are Great Story Characters 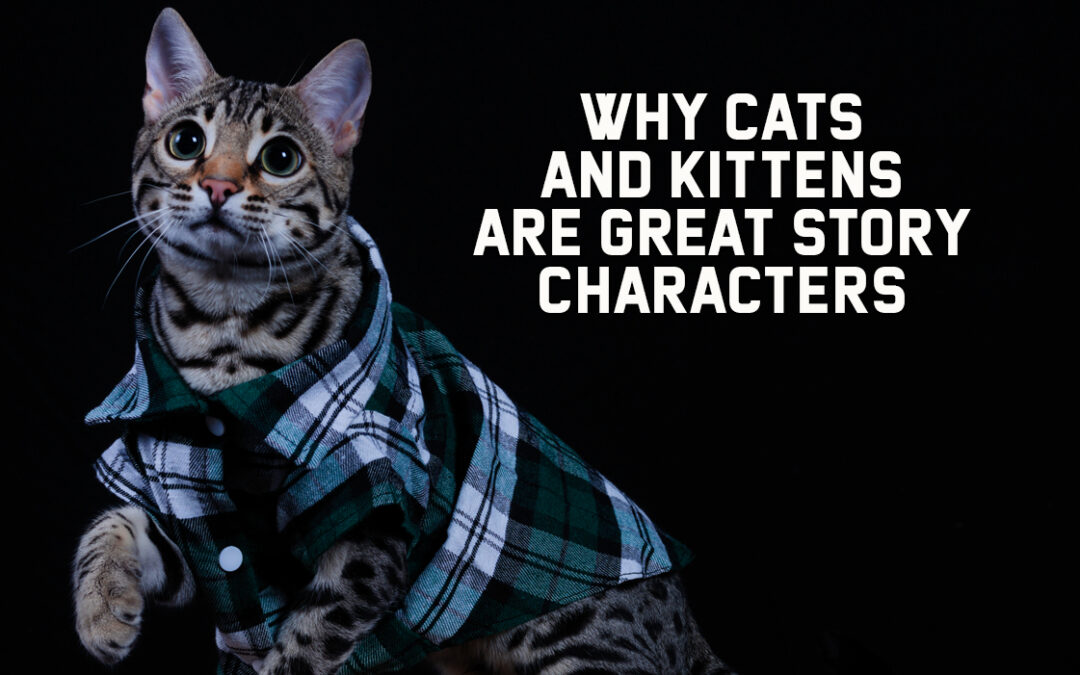 Why Cats and Kittens are Great Story Characters

Animals generally make great characters for stories, especially in children’s literature. Fantastic Mr. Fox by Roald Dahl, Black Beauty by Anna Sewell, and The Jungle Book by Rudyard Kipling – these are only some of the most popular stories with animal main characters. Dogs are arguably the most common type of animals used in these stories. Generally, dogs possess such a soft personality, which makes them good characters for books. Aside from dogs, however, there is also another type of animals that make great story characters – cats and kittens.

Even though they are often perceived as cold and stubborn, cats and kittens are actually amazing creatures that can surely warm the heart of the reading public. William and Tibby Forever by Lynda Hamblen is a perfect example of a great novel whose main characters are feline animals. It is a heartwarming story about two cats named William and Tibby who live seemingly perfect lives with their second mom until a tragic incident happens. After William has been killed, he finds himself in another home, living another life. Tibby, on the other hand, must contend not only with her grief for William, but also with an invincible kitten named Elvira. In general, this Lynda Hamblen book with an indomitable kitten and two soft-hearted cats as characters create a very moving story that can surely warm the hearts of many readers. To explain further why these feline creatures make such amazing figures for books, below are some of the main reasons why cats and kittens are great story characters.

Many people assume that cats are generally aloof, distant, and indignant. Popular media, particularly, has always portrayed cats as cold creatures. However, underneath such cold exterior, cats and kittens actually possess various complex characteristics. These feline animals generally have a sophisticated personality. Just like dogs, they can be sweet and clingy as well. Their overall personality tends to combine being cool with softness. This is the main reason why many people in real life get cats and kittens as domestic pets. Similarly, it is also one of the reasons why these feline companions make great characters for stories. With their fascination personality and sophisticated characteristics, cats and kittens can surely capture the hearts of many people.

Cats are flexible characters. One can put them in a story either as a hero or a villain. Sometimes, they can even be both. The unique and complex personality of cats and kittens in general is what makes them fit to play any role in a story. The sweetness, softness, and charm of these feline animals make them perfect protagonists. On the other hand, their aggressiveness, coldness, and bravado make them good villains as well. No matter where you put them, you can always be sure that these feline creatures will pull off the characters that you are trying to portray.

Cats and kittens are loveable creatures

Despite being portrayed negatively and stereotyped as cold and aggressive by popular media, cats are actually very loveable in real life. As mentioned, many people love to take care of cats and kittens due to their overall sweet and soft personality. Aside from this, they are also relatively smarter compared to other animals. They generally possess admirable characteristics, such as bravery and intelligence. Over the past years, cats and kittens have gradually become the top choice for a domestic pet across the world. More and more people are now seeing the amazing characteristics that these feline animals have. Alongside this, an increasing number of authors is now recognizing the greatness of cats and kittens as story characters as well. Because many people love cats and kittens, these authors simply believe that turning these loveable feline creatures into fictional characters can make their stories more interesting, entertaining, and marketable.

Overall, no one can deny that cats and kittens are indeed wonderful creatures. Contrary to popular assumptions, these feline animals are not all cold and stubborn. They generally possess an amazing personality that makes them both interesting and adorable. Their adorableness is what arguably makes cats and kittens great characters for stories. Just like William and Tibby from Lynda Hamblen’s literary masterpiece, the complex but charming characteristics and overall charisma of cats and kittens can surely warm the hearts of anyone!