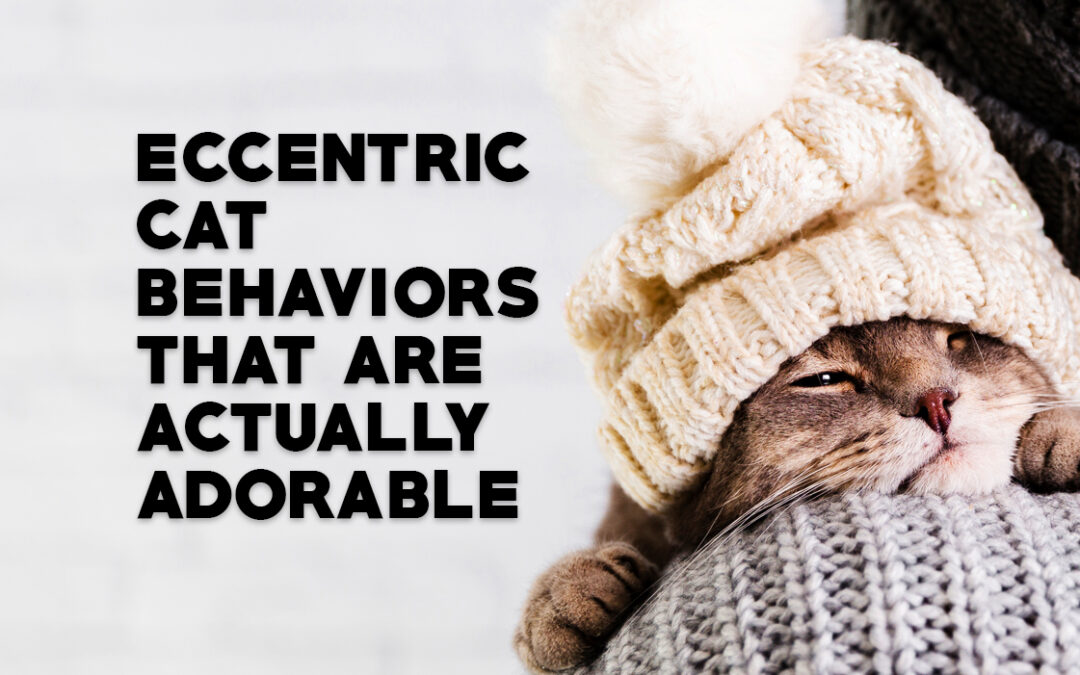 William and Tibby Forever by Lynda Hamblen is a fun and heartwarming novel about one of the most beloved animals in the world – cats. Its story revolves around the feline characters of William and Tibby who both seem to live perfect lives with their second mom until a tragic incident occurs. One of the cats, William, has been killed, and when he next opens his eyes, he is already in heaven and has moved in with his third mom. Tibby, on the other hand, still tries to cope with her grief. In general, William and Tibby Forever is an interesting tale that illustrates the real nature of cats. Contrary to misconceptions, cats are not boring and indifferent animals. The illustration of the eccentricities of the other cats by Lynda Hamblen in her book shows just how weird but fun these feline animals can be. In real life, cats have many eccentric behaviors that are actually adorable in essence; below are some of them.

Head bumping is one of the most distinctive ways for cats to express themselves. If cats bump you with their head, it often just means they are trying to tell you that they love you. Head bumping is basically a way for cats to establish and mark their possession. They want everyone to know that you belong to them by bopping you with their head. With that being said, you do not necessarily have to worry if your cat does not head bump you. This does not automatically mean that your cat does not love you. Cats generally express their affection in plenty of other gestures.

Cats are active animals. They love to play around and exercise their instinctual behaviors. Whenever they get bored, they would suddenly become restless and attack you in a playful way. Playful attack is a way for cats to say that they are bored and they want to play with you. Since cats are generally active animals, they need to be mentally and physically stimulated from time to time in order to keep them healthy and happy. So, if your cat suddenly attacks you in a playful way after ignoring him or her for a while, then that is a sign that it is already playtime with your beloved feline companion.

Kneading is also a cat behavior that many people find strange. Kneading basically refers to when cats press their paws on things. There can be several reasons why cats do this. Naturally, this behavior begins among cats during their kitten days – they would knead the tummy of their mothers with their paws in order to stimulate milk flow. As cats grow older, they tend to develop this behavior into a habit. More often than not, if your cat kneads, it just simply means they feel contented and relaxed.

Cats generally love to sleep in small spaces. It is common for cat owners to find their feline companions curling up in small spaces, such as in boxes, baskets, drawers, and sinks. The most basic explanation behind this behavior lies in the reclusive nature of cats. In general, cats are solitary animals. They want to sleep in places where they feel safe, secure, and warm. Squeezing themselves in small spaces allows cats to conserve body heat and hide themselves from possible threats. If you ever find your cat sleeping in a tiny shoe box, let him or her be. Your cat just needs some peaceful nap time.

This is perhaps the most eccentric behavior among cats, but it can also make your heart melt once you learn the reason behind it. Generally, cats love giving their owners unwanted gifts. These gifts can either be a dead mice, bird, or other preyed animals. Although it might sound extremely strange and gory, cats actually do this for a pure reason. Cats are natural-born hunters. Hunting is what they do best to survive and reproduce. Once cats acknowledge you as their member or owner, you might need to expect some dead rodents and birds lying outside your door anytime, as this is a common way for cats to show their appreciation toward you. Cats love to share their hunting success with their members and owners. So, if you ever find an unwanted gift on your doorstep, do not fret. Your cat just basically wants to thank you for taking care of him or her.

Indeed, cats are full of eccentricities. As accurately illustrated in Lynda Hamblen’s entertaining novel William and Tibby Forever, cats are generally weird but fun animals. They have behaviors and habits that might seem weird for some people but are actually adorable, especially if you know the reasons behind them. In essence, cats may be eccentric animals, but they sure know how to melt your heart!